Fanar Realty | New Istanbul Canal, the project of the age

New Istanbul Canal, the project of the age 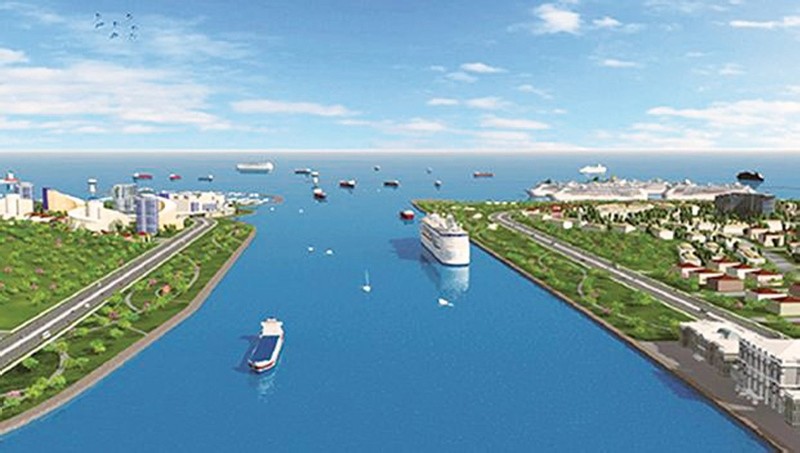 The circulation of the name of the new Istanbul Canal has increased significantly in the recent period, as it is undoubtedly today one of the largest infrastructure projects in Turkey, which is expected to make a real revolution in the Turkish economy and many economic fields in Turkey such as real estate, for example. Therefore, Fanar Realty is pleased that This article is devoted to you to learn about the new Istanbul Canal, the importance of this project for Turkey, and for real estate investments in it, in addition to the finer details that you need to know. A good follow-up to you

What do you know about the new Istanbul Canal?

The Istanbul Canal is a project being implemented on Turkish territory. It is an artificial waterway in the European section of the Turkish state of Istanbul and connects between the Black Sea and the Sea of Marmara. It is planned that this new water canal will form an island between the continents of Asia and Europe, overlooking both The Black Sea, the Sea of Marmara, and the Bosphorus, in addition to the new Istanbul Canal, and this channel will be a sea passage adjacent to the Bosphorus Strait and relieve its burdens 30 kilometers from it.

When did work on the construction of the new Istanbul Canal begin?

The actual canal construction operations started on 06/26/2021, but the project was announced to start planning in 2018, knowing that the idea of establishing a sea canal parallel to the Bosphorus is an old idea in Istanbul that has been proposed from 1952 to 2018 dozens of times. , until it began to see the light nowadays.

When will the Istanbul Canal open?

The year 2027 is scheduled to be the year of the opening of the new canal under the name "Canal Istanbul" after six years of continuous work to establish it.

The new Istanbul Canal extends from Lake Küçükçekmece and the Sazli Deira Dam, making its way to the eastern side of Lake Turkus to reach the Black Sea, thus forming a new sea channel within the European Istanbul

What are the specifications of the Istanbul Canal?

The final cost of constructing the Istanbul Water Canal is estimated to be about 25 billion US dollars, distributed as follows:

Costs of real estate construction adjacent to the canal: 10 billion US dollars

The importance of the new Istanbul Canal

The Istanbul Canal is of great importance in more than one respect:

The canal will provide an opportunity to transport more than 130 ships daily, between them, 27 commercial tankers

The canal also has a role in creating a real estate revolution in every sense of the word in European Istanbul, building new commercial centers, and dozens of modern residential complexes.

The new project reduces the environmental pollution caused by the passage of oil tankers on the Bosphorus and the surrounding environmental areas, and increases the safety of marine life in the strait due to directing a large part of these tankers to the Istanbul Canal, in addition to easing the congestion of ships on the strait reduces the time period To park the ships in waiting.

How much revenue is expected from the new Istanbul Canal

One of the roles expected of the Istanbul Canal is to turn the natural Bosphorus Strait into the second line of maritime trade after it was the only sea line connecting Asia and Europe, and the canal will also be a magnet for huge numbers of merchant ships and giant marine tankers. Therefore, questions always arise about the size of the canal. Expected revenue from this channel?

Economic estimates indicate that the new canal will generate a lot of financial profits for the Turkish state treasury, estimated at about 8 billion US dollars annually, and it is indicated that the Montreux Convention, which Turkey signed, deprives it of obtaining 10 billion US dollars annually from the imports of the Bosphorus Strait due to the reduced price for the passage of ships From which.

The average value of the cost incurred for the passage of each 1 ton of cargo and tonnage of merchant ships is about 5.5 US dollars.

It is also mentioned that the revenues of the new Istanbul Canal will cover, in only two years, the entire costs of the construction of the project

Economic studies also indicate that the neighboring suburbs and those close to the new canal will witness a great urban renaissance, as the area of ​​the new city built on both sides of the canal will reach about 7.5 million square meters, and next to 450 million meters along the beaches and highways.

The area of ​​natural parks on both sides of the Istanbul Canal is estimated at about 147 million square meters.

What can be observed at the present time is the significant rise in real estate prices around the new canal, as the price per square meter in one of the villages rose from 6.5 US dollars to about 185 US dollars, a very large increase that encourages real estate investment in that area.

From a commercial point of view, the Istanbul Canal has an expected role in the great competition for international transport and trade between continents, where more than three-quarters of international trade passes through the seas, and therefore the location of the canal between the continents of Europe and Asia will give it a special commercial status and generate a lot of expected profits.

The relationship between the Istanbul Canal and the Montreux Convention

The Montreux Convention is an agreement signed by Turkey that guarantees many facilities and reductions for the passage of commercial ships from the Bosphorus and Dardanelles waterway crossings, as they are natural sea crossings, but this does not fully apply to the Istanbul Water Canal. According to a talk by senior maritime officials in Turkey, the new canal will implement the points agreed upon in the Montreux Convention with regard to the type of goods and commercial cargo, and some normal customs procedures, but the transit price will differ and will not be at the reduced level applicable in natural straits. Of course, this is very natural and is considered one of the sovereign rights of the Turkish state, which enjoys full rights to invest in this large project and obtain the required profits from it, in a way that does not conflict with Turkey's other agreements and its obligations before the second countries

Istanbul Canal and its impact on the real estate market

The Istanbul Water Canal will contribute greatly to raising the value of the real estate in most of Istanbul's European neighborhoods, especially that this matter is clearly visible these days before the start of digging the canal. It is obvious that the market movement will be greater after the construction of the city on both sides of the Istanbul Canal. The new project passes From the following areas:

By simply reviewing the average price per square meter in each of the above-mentioned areas, we can derive the following table:

Of course, here we did not talk about real estate prices in residential complexes, which have increased many times the above-mentioned statistics because of the services and advantages that residential complexes in Istanbul enjoy that help you to have a luxurious and comfortable life

The same applies to housing and real estate in the city on both sides of the Istanbul Canal whose prices will be very high, and the investment value for them is very high, and the smart investor is the one who reserves a place for himself in this large project to double his profits within a very short period.

We at Fanar Realty have informed you of a set of important information and details through which we would like to clarify the points that interest you about the Istanbul Water Canal, which for Turkey is the project of the age, and will be the focus of attention of foreign investors in European Istanbul, especially real estate investors.

For those looking for the latest real estate in Istanbul in high-end residential complexes at competitive prices, you can view Istanbul real estate and contact us to help you own your dream apartment in this charming city.

Fanar Realty is a leading real estate marketing and consulting company in Turkey, characterized by good relations with the most famous construction companies, which guarantees it exclusive real estate offers from these companies. Fanar Realty is a member of Fanar Group in Turkey, which provides all kinds of the services needed by Arabs and foreigners in Turkey.