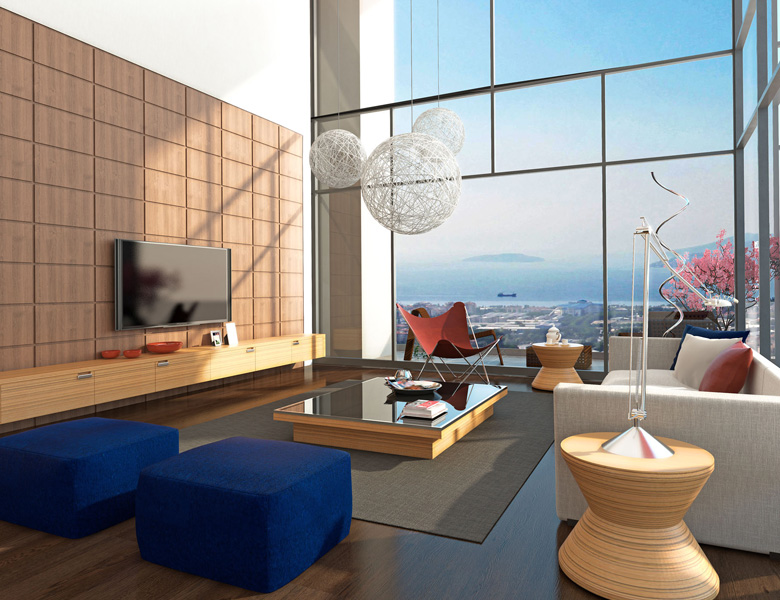 It is not strange to find an offer to sell a palace in Istanbul, even if this palace is historical, but what is surprising is that the prices of these palaces have risen dramatically, and yet you find many of the worlds wealthy are taking the initiative to own palaces in Istanbul, at very exorbitant prices.

Fanar, through its follow-up to the new real estate in Turkey, brought you the news that:

A palace in Istanbul for sale at a price of 12.8 million US dollars

What is the story of the palace for sale in Istanbul

Turkish media reported that one of Istanbul’s famous palaces had been offered for sale. This palace was designed by a Jewish architect named “Bruno Taut” who had fled Germany to Turkey to escape the Nazis at the time. The palace was offered for sale for 95 million Turkish liras.

The palace is located near the Bosphorus in a high area and has a distinctive view of the strait, and the design of the palace bears Greek architectural fingerprints dating back to what was gained by the Jewish engineer who designed the palace, as his flight from Nazism went through several temporary stations such as Switzerland and Japan Until he chose Turkey to settle in, and Istanbul in particular, to continue his life naturally, away from any danger.

The Turkish newspapers dealt with the history of the engineer "Taut", who was one of the most important reasons for the fame of this palace, and he came to Turkey in 1936 and held the position of a professor at the State Academy of Fine Arts in Istanbul at the time, and in general, Turkey has a long history of receiving and employing Jewish scholars and academics fleeing from German Nazi persecution.

It is noteworthy that "Tout" Palace is located on land under the ownership of the Turkish state and has no private owner, and the task of selling it is the Ministry of Tourism and Culture in Turkey, according to a plan prepared by the Ministry previously to invest historical palaces and offer them for sale and investment in return for imaginary sums of money that contribute to strengthening the real estate sector in Turkey

Despite the huge rise in the prices of palaces in Istanbul, and the crazy sums that are paid for this, it is the focus of attention of tens or even hundreds of rich people around the world, especially princes, art stars, and businessmen from different countries of the world.

Turkey contains thousands of palaces, which vary between historical and modern palaces, in addition to luxury and high-end villas, which are full of Istanbul's high-end neighborhoods, especially near the Bosphorus Strait on the European and Asian sides.

The number of Istanbul palaces is more than 34,000, and 600 of them were offered for sale near the Bosphorus. These palaces for sale have a historical feature, as the area was preferred by the Ottoman sultans and the wealthy of the Ottoman Empire at that period, but now most of the ownership of these palaces belong to the state Turkish.

Not all Istanbul palaces carry the same price, but range between 7.5 to 150 million US dollars. The value of the palace varies according to its historical importance in the first place, then its location, proximity to the Bosphorus, its area, its view, and its engineering design. Istanbul palaces are mainly distributed in the following neighborhoods:

A large number of foreign investors rushed to buy and invest in these palaces, especially the Gulf princes who were tempted by the desire to own historical palaces with the luxury and prestige of Istanbul’s palaces, because it was a city of princes, pashas, and senior people for about 500 years, and this ownership of these palaces was not limited to the Ottomans and Turks but was a destination for thousands of rich people, pashas, ​​governors, writers and princes from various Ottoman provinces.

Palaces are not limited to Istanbul only, in Turkey there are a large number of palaces and we will talk about them in the next paragraph.

A glimpse of Turkey's palaces

Turkey includes a total of 94 thousand palaces, of which 64,000 are of historical value and belong to the Ministry of Tourism and Culture in Turkey. Istanbul's share of Turkish palaces has reached 34,000, while the other palaces are distributed mainly in the following states:

Benefits of selling palaces in Istanbul

It is expected that the palaces of Turkey and the palaces in Istanbul will mainly contribute to the increase in the demand for real estate ownership in Turkey, and these shortcomings are used in the following aspects:

Turkey has faced a lot of rumors because of the mansions for sale in Istanbul. Some accused Turkey of trying to save its economy with such sales, while others considered it selling the historical heritage of the Turkish state, but in fact, these allegations are not true for several reasons.

The Turkish economy is a dynamic and growing economy and has achieved the highest growth among the G-20 countries in 2020. The Turkish economy has multiple resources and maintains its growth, especially with regard to the real estate sector, which has enjoyed a distinct percentage of urban development and the increase in prices and real estate sales during the recent period.

The sale of mansions in them represents only a small part of the returns of real estate sales in Turkey, which exceed millions of properties annually.

In addition, there is nothing to prevent the sale of these palaces, neither legally nor even from a moral point of view, as many countries of the world carry out such a measure, and European countries sell Byzantine and Roman churches and palaces and have not been subjected to any criticism in this regard.

As for the talk about selling the historical heritage, this is pure slander. The Turkish Ministry of Tourism and Culture stipulates that the historical urban design should not be violated, and the owner of the palace, after purchasing it, does not make any changes that would change the basic features of the palaces, even if the restoration and change operations do not change the Basic and historical features There must be approval from the Ministry of Tourism and Culture in Turkey.

In any case, a good percentage of the palaces do not have a historical character, and in general, most of those who buy palaces in Istanbul are intended to invest in them, not housing, that is, they will maintain their historical position in service of this investment.

Under construction
suitable for turkish citizenship

Investment project on the metrobus line in Istanbul

Apartments for sale have spacious areas and wonderful views of green landscapes, and within the project are sh...

Apartments for sale near the European center of Istanbul with smart home system and comprehensive services wit...